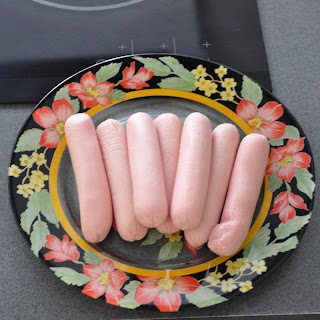 A useful new word I learned today. OSTALGIE is a German term referring to nostalgia for aspects of life in East Germany. It is derived from the German words Ost (east) and Nostalgie (nostalgia). The word can also be used more broadly, to denote nostalgia for all things Soviet elsewhere in the Eastern Europe.

I am pleased to know, that there is a term to describe the phenomenon that results in Tarybinės dešreles (soviet sausages) and Tarybinis batonas (soviet bread) on the Lithuanian supermarket shelves.  Somewhat differnet from selling a Victorian Chutney at Sainsbury's.