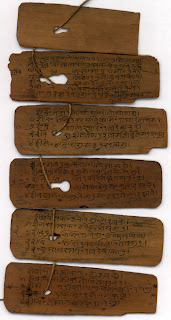 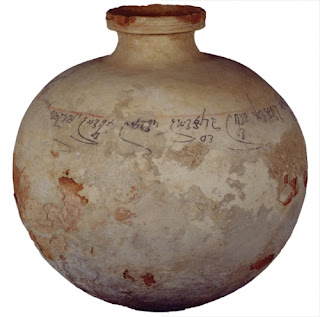 South Asia developed a very efficient manuscript culture, allowing copying and distribution of very large quantities of texts. Scribes were employed and editions of identical copies often reached into thousands. The books were written on palm leaves, which deteriorated rather quickly. The texts had to be regularly rewritten and the damaged ones had to be regularly disposed of. Buddhists traditionally buried their worn manuscripts in the jars, while Hindus drowned theirs into the flowing waters.

Email ThisBlogThis!Share to TwitterShare to FacebookShare to Pinterest
Labels: biblioclasm and palimpsest, book [the idea of], book/publishing history