Gatecrashing LCC book arts interim show is probably just as difficult as gatecrashing the Turner prize afterparty. The the LCC system is all there to make sure that any stray souls with any spark of interest in artist books (any out there?) are kept at safe distance.
The interim show was well promoted in the relevant places. 10 out of 10 for that.
The first signs of concern crept up when a friend of mine called to say that he had trouble getting in. He was not on the list. What list?

So was it worth it?
There were lots of people and some work was difficult/impossible to see.
The catalogue was very good. Each student had a card of a similar design. The cards were to be assembled in to a book at the end. It would have helped to have a hole in the corner - the pins were a bit flimsy. Otherwise - an idea worth stealing.
The two students that I liked best were Claire Anderson and Millen Belay/Kristine Bumeistere.
Clair  established a rule of encoding different parts of newspaper with different colours of CMYK.
It is printed on newsprint;  it is folded like a newspaper; it feels like a newspaper. It is simple, neat and straightforward. It works. I would like to see what she does next. 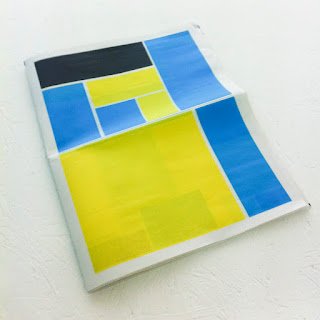 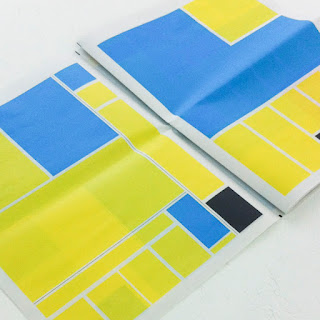 Millen and Kristine are cashing in on the contemporary fixation with nostalgia and archives by documenting an abandoned factory in Sheffield. It is a beautifully made book, that takes the whole project a step further from being yet another compilation of photos. In fact, the book has a potential to be so beautiful (a few technical fixes needed), that it might  not need an explanation about the 150 year old building of George Barnsley & Sons. It could be  simply a work about memory and forgetting.
(that is also a lesson for me, who tend to include too much information) 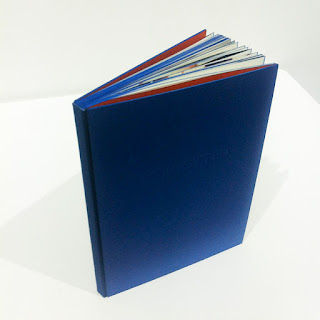 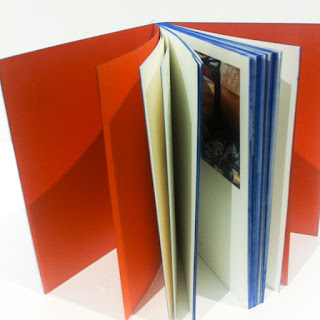