→ from book to film to book in a fanny dance

When the moving image was first invented there was a tremendous excitement about the possibilities of the new medium. It was a spectacle on par with the magic shows. Georges Méliès produced The Haunted Castle and A Trip to the Moon. Lumière Brothers produced Le Squelette joyeux and Spanish Bullfight. Watching those films it is easy to see what the joy and the fascination were all about. It was "the cinema of attractions", as Tom Gunning called it, full of "visual delights…surprises…displays of exotic, beautiful or grotesque…or other sorts of sensational thrills “ (Abel, 2005) 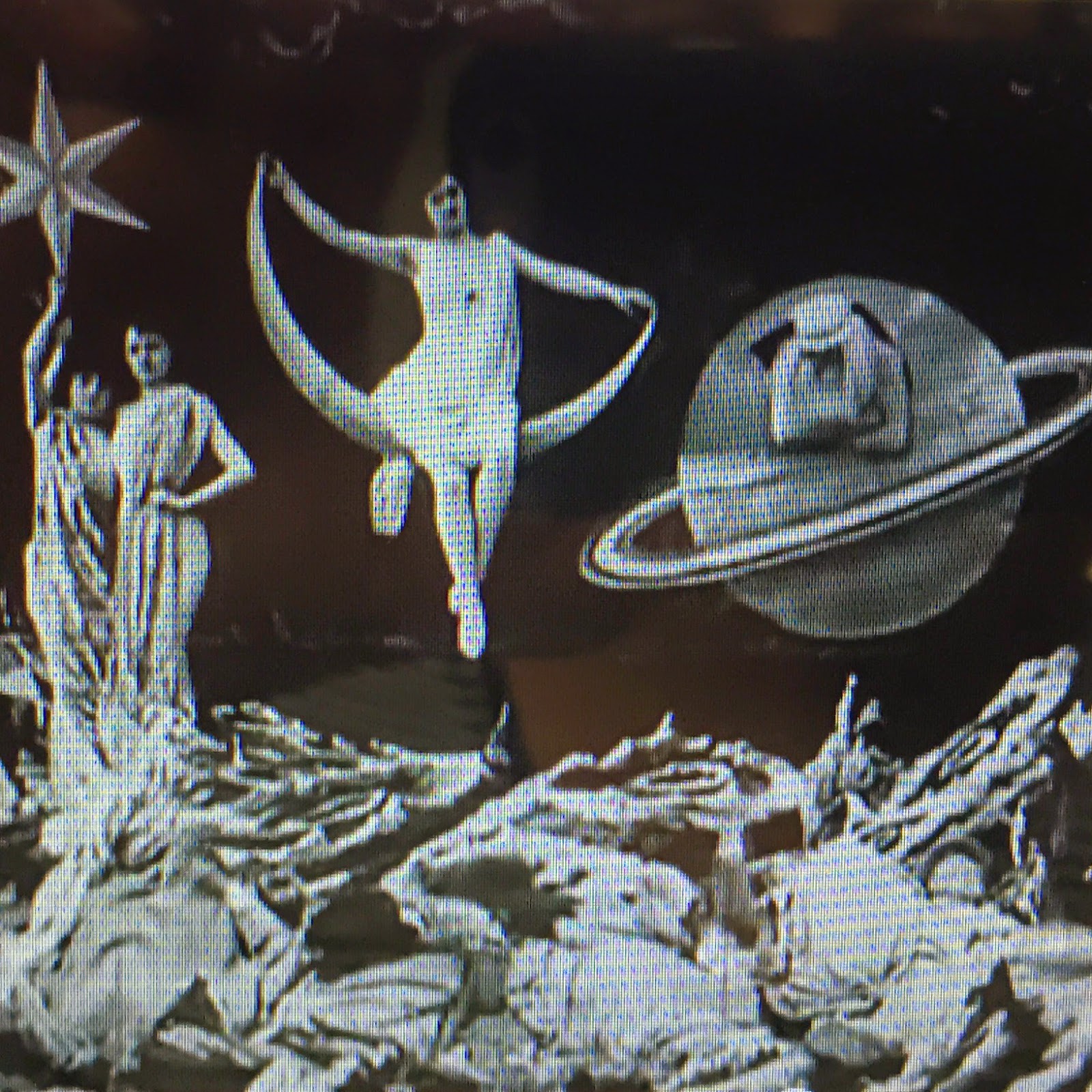 Those early short films - each only about 4 minutes long - certainly used and explored the moving image with imagination and dedication of Caractacus Potts. The idea of film as a non-narratative medium (or where story-telling takes a secondary role) resembles a form of an artist's book, which excites the reader with form and content, rather then the verbal story on its pages (symmetry Nr1): a short blast of unfolding enjoyment.


The adjective “well-thumbed” tends to suggest a certain monomania regarding a text (Farry, 2015)

As soon as producers realised that longer films meant bigger profits, narrative cinema was born: Cinderella (Georges Méliès) and Alice in the Wonderland (by Cecil Hepworth and Percy Stow) were among the first to be made.
The parallel between book and film goes beyond a direct book adaptation. Like film, codex is inherently sequential by it's structure: there are pages (film frames) and pages (film frames) and pages (film frames) that require time to ingest in a linear order from 1 to X hundred. (symmetry Nr2). McFarlane, in contrast, compares book to a literary narrative, distinguishing word as the smallest unit in the sequence. He rightly points out, that we do not watch film frame by frame as we read novel word by word. The comment would still stand even if comparing film/frame structure to the book/page structure. However, the principle of linear time-based sequenciality remains.


Like oral or cinematic narrative, it (literary narrative) can only be "consumed", and therefore actualised, in time that is obviously reading time, and even if the sequentiality of its components can be undermined by a capricious, repetitive, or selective reading. (Genette, 1980)

→ BOOK TO FILM TO BOOK

Film editing process requires patience, stamina and precision of a typesetter, as I realised when editing between one hand and another. It was an illuminating experience, that had me appreciate  links between book and film production and  possible transitions that I had not yet considered.

When looking for more specific bridges between the two areas, I found that most conversions between the mediums happen in reference to their inherent sequentiality (symmetry Nr2). Flip books are the ones that came to my mind first. (Is it a film? Is it a book? Is it a toy?) Flip Books ! Un livre, un pouce, un film is probably the most remarkable project of them all. The film (which was screened at this years Pages book fair), includes an anthology of 300 activated flipbooks from Pascal FOUCHÉ’s collection (France - 2007). It traces the history from the XIXth century to today and it is subdivided into categories, such as dance, animals, artist's books, publicity, etc. Remarkably, there is "no dialog, no music, only the characteristic "flip" sound, in Stereo Dolby , wow !"

The film certainly sounds fascinating - just like the whole business of flip-books. I will be coming back to the subject very soon.

The video below does not come from Flip Books ! Un livre, un pouce, un film - I found no quality images of the project online. This video is a credit to the amazing Flipbook Collector on YouTube - great channel!

Flip Books ! Un livre, un pouce, un film is a professional documentation of 300 books. But there are also documentation works of individual artists: artist's who work with all kinds of books (not just flipbooks) often resort to video to record their work. Because it is time-based. Personally, I like how our George documents his works. His videos and their presentation maintain the character of his books: they are a good step above a tipod+flipbook set-up. Below is an illustration from to every action there is a reaction. Take time to look at his other book videos. Immaculate. 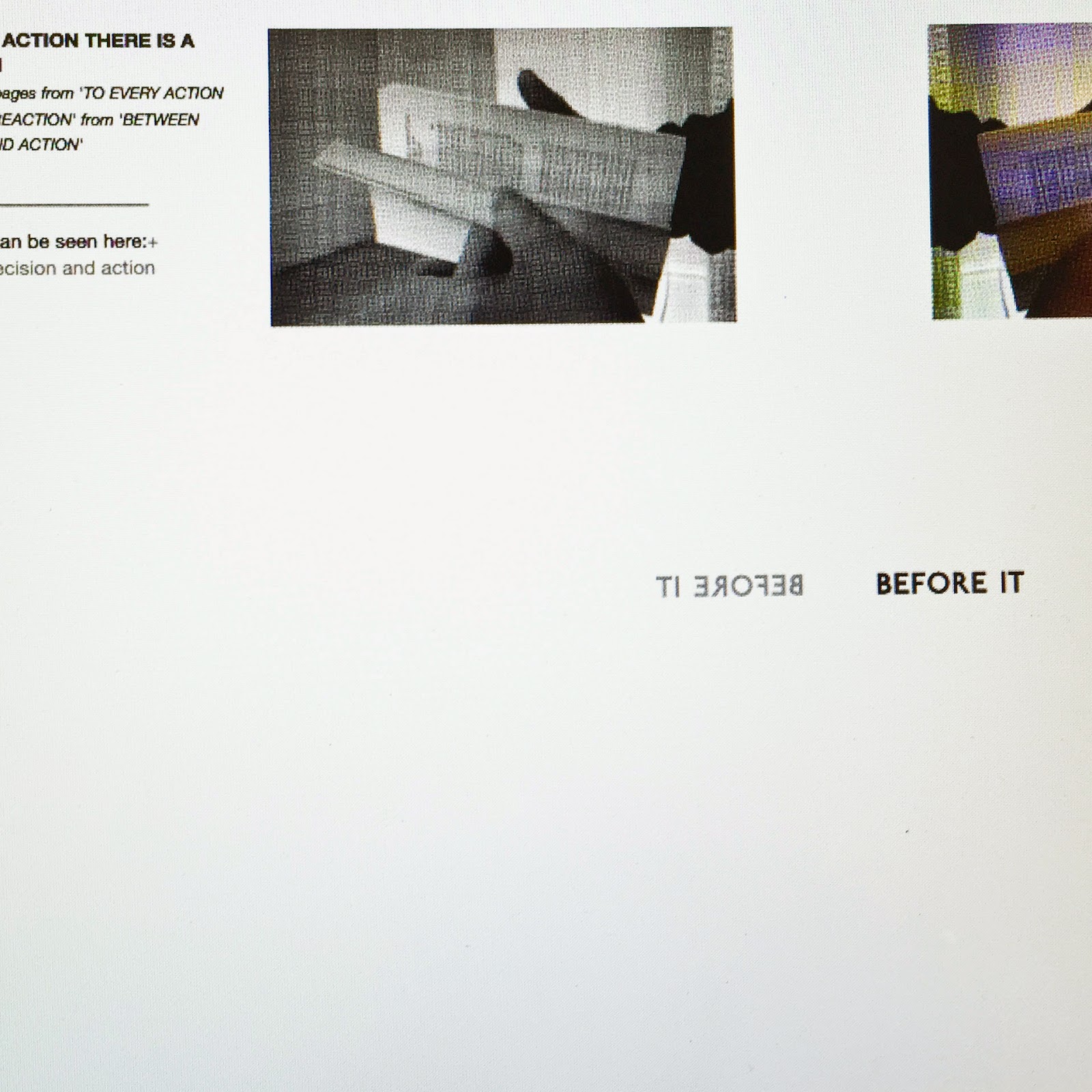 And here is the most obvious work of them all. DOT (DOT: The book as a video and DOT: The book) The video is a sequence of digitally reproduced letterpress prints, produced in the typography workshop of the University of Arts in Braunschweig, Germany. The pages were collected and bound to three (almost) identical books. The project’s subheading refers to this coexistence of print and digital video.


It is an interesting project which requires spotless skills of a typesetter and a video editor. I loved the experimental idea of it, however - as for the rest - it was somewhat underwhelming. I wonder what Romano Hänni could have done with the video!

PS. → IN A FANNY DANCE
Visual books use even more cinematic features: such as panning, flashbacks, eye-line matching, etc. I was also going to include video poetry (I did, in fact, and I deleted), photobooks and animation (flipbook linked), and then I realised that I was digging too deep and this whole blog post was getting out of my hands. So I stopped. Leaving some great subjects and artists to tackle next time.